Mumbai: August 16, 2016: BSE Asia’s first stock exchange and now world’s fastest exchange with the speed of 6 microseconds, had in consultation with SEBI initiated an exercise in February 2016, to urge companies that were suspended for more than 7 years at the exchange on account of various non-compliances with the Listing Agreement, to get the suspension revoked or face compulsory delisting. A Public Notice was also issued on June 23 and 24, 2016, urging companies or any other person aggrieved with the proposed delisting to make their representation to the Delisting Committee of the Exchange within 15 working days.

After considering the representation(s) of the companies and investors, the Delisting Committee of the Exchange has in the first tranche, decided to delist the securities of 194 listed companies that have remained suspended for more than 13 years.

Being mindful of the difficulties faced by investors on account of suspension of trading in listed companies, for long periods of time, the Exchange had in February, 2016 under the guidance of SEBI, written to companies which had been suspended for a period of more than 13 years to initiate and complete the process of revocation so that the investors could take suitable investment decisions. It was decided to complete the exercise in tranches, starting with companies that have remained suspended for more than 13 years on account of non-compliances with the erstwhile Listing Agreement.

After considering the representation(s) of the companies and investors, the Delisting Committee of the Exchange in terms of Regulation 22(3) of the Securities and Exchange Board of India (Delisting of Equity shares) Regulations – 2009 (“Regulations”) and as per the rules made under Section 21A of the Securities Contracts (Regulation) Act, 1956 and the Rules, Bye-Laws and Regulations of BSE Limited (“the Exchange”), has decided to delist the undermentioned 194 companies that are suspended for more than 13 years on account of non- compliance with the provisions of the erstwhile Listing Agreement, from the Exchange. A Notice in this regard has been issued today and is available on our website under the Notices tab.

This delisting would be with effect from Wednesday, August 17, 2016.

The consequences of compulsory delisting would include the following: 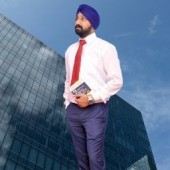 Skill development is an important area in which NGOs must work

Updatetia newsletter subscription, information you can rely on..!!

Today’s scenario of knowledge is everything. Without accurate knowledge, you can’t imagine yourself in the corporate world. We create this portal to enhance knowledge of corporate professionals (like company secretaries, chartered accountants, cost accountants, advocates, mba’s) and entrepreneurs. Everyone knows very well that the internet has supreme power. Now we’re trying to use this power to connect each other to share precious information and valuable knowledge.

We’re very happy to see that you’re continually using this portal to grab and share knowledge with other corporate professionals. We also are trying to provide you the best platform for interaction with each other. Thanks for your lovely support and all of you are part of the grand success of Updatetia.com.